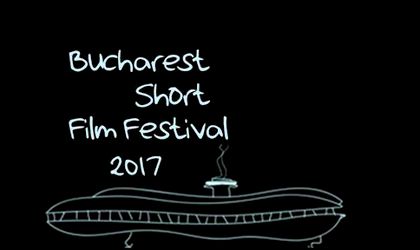 Starting this Saturday and continuing until next Wednesday the second edition of Bucharest Short Film Festival 2017  will take place at the Cinema of Peasant Museum. There will be 5 days of film festival: 87 short films, awarded in the world’s biggest film festivals.

Jury BSFF 2017 consists of: Caroline Gombé [film, television and theater actress and artistic director of the festival], Sorin Baican [film editor, audio-visual producer http://www.studioset.tv/], Daniel Şerbănică [director of photography https://vimeo.com/user1604311], Stefan Crişan [music producer and sound editor], Bogdan Filip [director of photography and photographer], Octavian Chiriac [animator 3D, www.fatfox.ro], Alex Doiciu [animator 2D & 3D, www.fatfox.ro], and Radu Munteanu, film director, the initiator & the director of the BSFF festival. More information about the jury members, as well as about the festival program, and the films selected in the second edition of the BSFF, can be found on our website, www.bucharestshort.ro