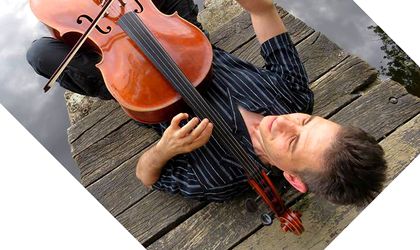 This Friday, the Romanian cello player Andrei Kivu will take part in a cello concert at Villager Club from 8 PM. Kivu studied cello with Anca Vartolomei and harmonic singing with David Hykes.

He is the first Romanian cello player who played the Bach Sequences Integral in a single concert in 2009.