This week-end Summer Well will quench your thirst for music 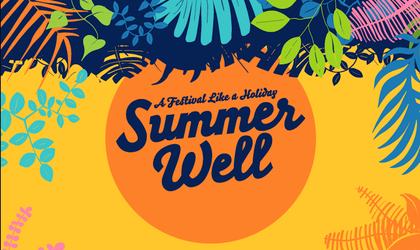 On Friday evening, Summer Well, Bucharest’s staple festival, kicks off at Buftea’s Stirbey Estate, some 20 kilometres north west of the capital. With one of its most enticing lineups yet, the festival, currently in its 7th edition, comes to tackle in style Bucharest’s thirst for music.

This year’s lineup includes Interpol, back in Bucharest after making a debut at the festival’s first edition and currently working on a new album, British indie rock band Glass Animals, who’ve just released a new video, British-American duo The Kills, and Editors, the uncontested kings of dark indie rock music, among others.

Hailing from New York, Interpol headlined Summer Well’s first edition in 2011 and will end the first day of the festival, Saturday. The band, whose show in Buftea is part of their Turn on the Bright Lights Anniversary Tour,  are currently working on a new album. Their previous one, El Pintor, was released in 2014. The new album will feature “fist in the air arena rock ballads, all the way,” as Sam Fogarino, the band’s drummer recently told Pitchfork. The new album, yet untitled, is expected to drop sometime next year.

In the middle of a busy summer that has seen the band perform at Coachella,  Glastonbury and Lollapalooza, Glass Animals will come to Buftea before heading to Lowlands and Reading. The band have also recently released a video for their song Agnes, from the Mercury prize-nominated album How to be a Human Being. The closing track of the album hits a chord with the band’s frontman, Dave Bayley, who told DIYMag.com: “There are varying degrees of autobiography and my own life in each song I write…but for the most part, that stuff is buried and clouded in fiction or blended with other peoples’ lives that I’ve heard about in taxis or at parties or on the street. But there is one song that stands apart from the rest. It is the most truthful, honest, and personal story I have ever written. And that song is ‘Agnes’.” The clip, sees Dave perform the track while he gradually loses control of his body – and supposedly his emotions- , in a human centrifuge.

Editors will come to Romania for the second time, after a 2009 show that many still remember. “We hope to see you again soon,” frontman Tom Smith told the crowd gathered in Herastrau at Teatrul de Vara then. The meeting almost happened last summer, when the band, hailing from Birmingham, was announced as the headliners of Spellground, the music festival that never happened. So Editors owe their Romanian fans one. Or the other way round. During their last month performance, at Southside Festival, in Neuhausen ob Eck, Germany, Editors debuted a few new songs, namely Cold and Magazine. What will they bring to Summer Well?