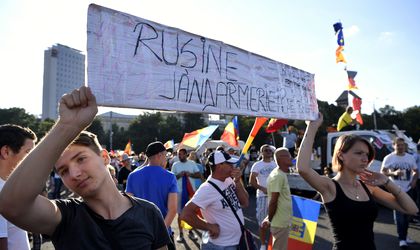 Thousands of Romanians are protesting for the third day in a row in Victoriei square of Bucharest, in front of the government building.

UPDATE: More than 10,000 Romanians were protesting in Victoriei Square at 20:45 PM, according to local TV news channels.

Close to 7:00 PM, around 500 people were protesting in Victoriei Square.

On Friday, around 100,000 people came in Victoriei Square and called for the resignation of the PSD-led government.

But violent clashes occurred between gendarmes and protesters, especially after authorities issued an order for the clearance of Victoriei Square after 11.00 PM.

Last night, almost 100,000 people protested peacefully in front of the government building, in the second day of an anti-government rally.

Another protest also took place in Cluj Napoca counting 3,000 participants and a similar figure was recorded at a rallies in Iasi and Timisoara. Some 7,000 people were protesting in Sibiu.