Theresa May wants to keep EU rules for goods after Brexit 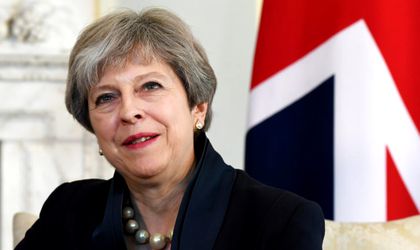 Prime Minister Theresa May has announced plans to keep the UK closely tied to European Union regulations on trading goods after Brexit, Bloomberg said. The move could prompt a showdown with her cabinet, which will hold a key meeting on the topic this Friday.

May is expected to present a clear picture of her proposal for the UK’s future customs regime, which some fear it would keep the country tied to the EU’s tariff regime after Brexit. A key part of the pro Brexit campaign was that the UK will be able to strike its own trade deals with other countries.

As two previous proposals split her cabinet, May came up with a third option that she looks to receive backing for from her ministers. However, at this point, the senior pro-Brexit colleagues say they want a better explanation of how that would work.

Previously, it was announced that when it comes to services, which account for most of the UK economy, May’s plan is to seek mutual recognition of regulations, as opposed to following EU regulation.

On Friday May will seek backing for her plans at a cabinet meeting to be held at her ‘Chequers’ country house. The meeting is seen as critical to moving Brexit negotiations forward. However, it is not yet clear whether her ministers will support the plans, with Bloomberg reporting that some Tories are privately considering a bit to oust May.