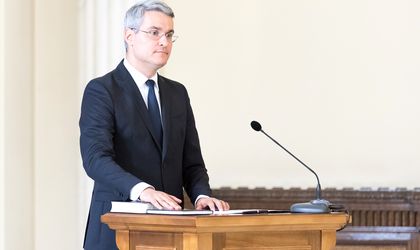 The new ordinance, presented by Labour Minister Dragos Pislaru on Wednesday, provides a RON 500 employment bonus for unemployed people who receive the minimum guaranteed income. In order to benefit from the bonus, individuals must remain employed with the same employer for three months after singing the work contract.

A second provision set by the ordinance also includes a mobility as well as a relocation package, a first on the Romanian labour market. The mobility package, aimed at supporting commuters, covers travel expenses for unemployed people who take on a job that requires them to travel for more than 15 kilometers from their residence. “We are introducing for the first time and redefining the concept of support for commuters. We are talking about an employment bonus that allows anyone in this country who wants to get a job, as an unemployed person, more than 15 km from his residence, to benefit from a subsidy of RON 0.5 per kilometer, capped at RON 55 per day,” said Dragos Pislaru.

The package also includes a relocation package worth RON 12,500 and an extra subsidy designed for family members of those who decide to relocate . The scheme benefits unemployed people who are willing to change their residence in order to move closer to their workplace. The bonus will be disbursed in two installments. The first installment, representing half the amount, will be received by the beneficiary upon signing the contract and the other half after 12 months of employment. According to Pislaru, “a radical change is represented by the fact that we encourage the mobility of families. If the person who finds a job further that 50 kilometers from their current residence and brings along a family member – husband, wife, children, will benefit from an extra RON 3,000 bonus.”

As per the provisions of the new government measure, employers will also benefit from subsidies. “We give employers RON 900 a month in subsidies for 12 months, or, depending on the case, of 18 months, for disabled people, which represents a pretty significant compensation compared to the salaries that people with lower qualifications are receiving right now,” the Labour Minister said.

According to Pislaru, Romanian citizens who decide to take on a job in Romania are also eligible for the newly-introduced employment bonuses and packages.

The provisions of the emergency ordinance will enter force on 1 December 2016.