The tailor of Madagascar: Radu Mazare, once a powerful politician in Romania, starts new career in tailoring behind bars 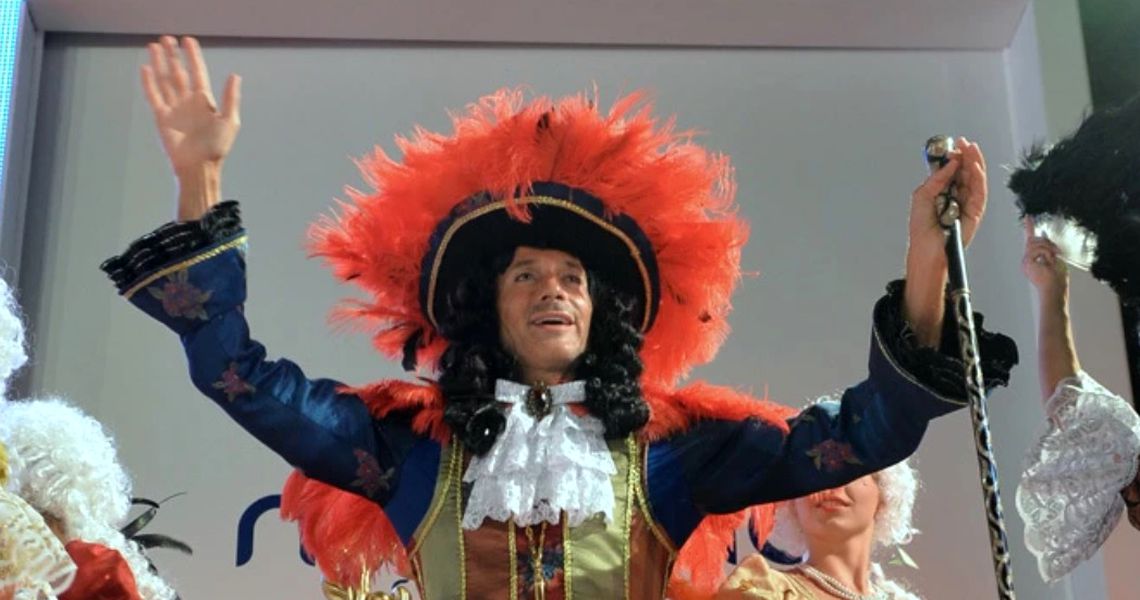 Radu Mazare was, for more than a decade, the mayor of Constanta, the biggest Romanian port at the Black Sea and one of the richest cities in the country. He was also a powerful politician in the PSD, the party that has ruled Romania for most of the last 3 decades. He was a very rich man, known for eccentric fashion choices.

Sentenced to 9 years in prison for corruption, he now faces a long period of incarceration in Rahova, a penitentiary located in southern Bucharest.

To make his prison life pass by more quickly, Radu Mazare applied to work as a car service worker. But the prison management rejected his application and decided that he was better suited for a new career in tailoring.

Ironically, Mazare was well-known in Romania for his quirky fashion choices as over the years he appeared in public dressed in a Nazi uniform, as an Ancient Egyptian king, a Turkish sultan, a Zulu king or even in Louis XIV-style clothes.

Mazare left Romania in December 2017 to begin a new life in Madagascar, where he claimed to be a foreign investor. He even ran a tourist resort in the African country, and his life seemed full of pleasures in a tropical paradise.

At that time, he had already been convicted to prison, but had appealed the sentence.

Despite losing the appeal and being convicted to jail definitively, he continued to live as a free man in Madagascar, until local authorities decided that he was no longer a welcome guest in their country.

In May, he was arrested in Madagascar and sent to Romania following an expedited procedure – and so he began his new life in the Romanian prison.

When he finally arrived in Romania, journalists saw that he seemed to be completely changed. Once an arrogant man, he was now weakened and silent. Once extremely rich, he is now a mere convict.

When he was the mayor of Constanta, the press reported that he had the biggest house in the city, with its own dock built to allow him to park his yacht.

Now, he is only at the beginning of a long life in prison. He was convicted to 9 years in prison in one case, but he has two first-trial prison sentences in two separate cases – and the final sentences are approaching.

Ironically, he is incarcerated in the same prison with his former party comrade – former PSD head Liviu Dragnea, who was sentenced to 3 ½ years in prison for abuse in office.

Their sentences came in a period when the PSD had a strong grip on the country as it controls the government and a large majority in the Romanian Parliament.

But the popularity of the PSD is fading away as it failed to expand prosperity in the country despite strong GDP growth during the last couple of years.

On May 26, at the EU Parliament elections, PSD won only 22.5 percent of vote, losing half of voters compared to the prior election, while opposition parties – PNL, the winner, USR-Plus and PMP – won over half of the vote.

During Dragnea’s reign, PSD tried to weaken the judiciary system and to ease or cancel penalties for several offences, mainly corruption-related.

But despite several rule changes, some independence of justice remained and continued to undermine the PSD, a party that had two of its former leaders – and many former ministers – sentenced to prison for corruption.