Romanians who add value to the national brand: Romania’s olympiad winners in 2018 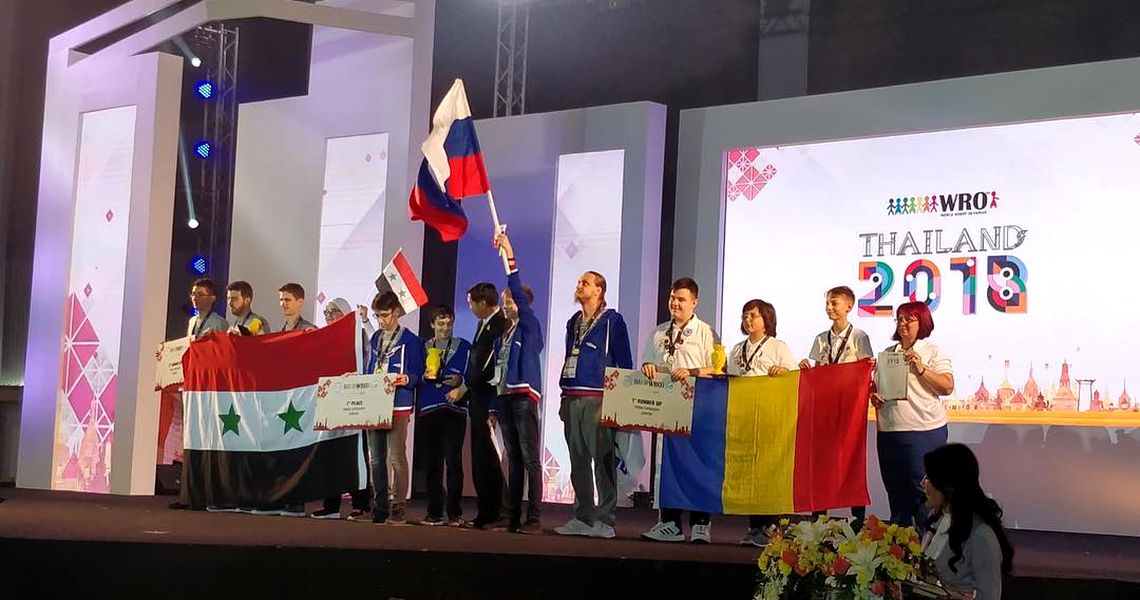 Romanian children have always performed well at international olympiads, and this year was no different. Romania had great results at the 2018 International Geography Olympiad, held in Canada, the International Math Olympiad in Cluj-Napoca as well as two robotics competitions, in Thailand and Mexico.

With three gold metals and one silver, Romania was first on the podium, out of 50 competing nations at the International Geography Olympiad in Canada. Three high school students from Iasi and one from Bucharest proved, after three contests, that they are the best in the world in the subject of Geography.

Bianca, Manuel and Andrei are the three students from Iasi who won gold medals at the International Olympiad of Geography. The Romanian team in Quebec was completed by Omar Hamod, from Bucharest, who won a silver medal.

Manuel and Bianca are future students of the School of Geography of the Alexandru Ioan Cuza University of Iasi and they want to become university professors. Andrei, the international Olympic gold medalist and Earth scientist, is preparing for a career at a space agency.

Gold, silver and bronze for Romania at the International Mathematical Olympiad, hosted in Cluj-Napoca. With this result, the country only ranked 33rd – its lowest all-time ranking in the history of this competition.

The first place was taken by the United States team, which won five gold medals and one silver medal, followed by Russia and China. The competition was attended by 600 eminent mathematics students, including the son of the Syrian dictator, Bashar al-Assad. He had the worst result in his team, gaining just 3 points.

In the nearly six decades since the beginning of this competition, Romania has been the host country several times and ranked first on several occasions.

For the first time in the history of the World Robot Olympiad, a Romanian team of three teenagers won second place with an automated system of growing micro greens. The competition took place in Chiang Mai, Thailand, and 486 teams from 63 countries participated.

The winning Romanian team is part of Sophia Science, a private Robotics club from Galati, and they were able to attend the competition thanks to private sponsorships.

“Our system is actually an automated farm that grows vegetables. The machine can be placed anywhere, from supermarkets to schools or office buildings. The robot prepares the soil for the plant, places the seed in the soil, wets the plant and lifts the boxes in a so called vertical growing tower. Three days after the seeds are regularly watered, an autonomous system provides LED lighting for the photosynthesis process. After another three days the micro greens can be sold,” David Calugaru, one of the member teams explained.

The theme proposed by the organizers was “Energy Impact”. The Romanian students managed to get the top prizes in the competition and finally ended on 1st place among all the participating nations.

The gold medals have been won for:

The First Global Robotics Olympiad is ranked as one of the world’s most prestigious robotics competitions for high school students.

The contest was conducted based on 3 robot alliances, and the winning alliance was designated based on their score. The first 8 matches were qualifying matches, with Romania’s team getting the first place at the end of the round with 7,868 points – almost 2,000 points above the United States, who took second place.