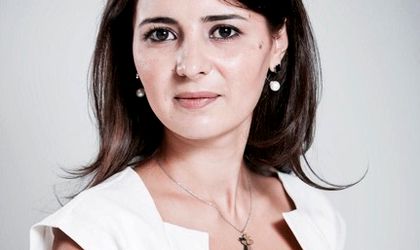 The notion of risk analysis, used by tax authorities in order to initiate audits or to make decisions regarding VAT registration, is provided by the legislation of seven out of ten European states that responded to a Deloitte Romania survey. The procedure is generally non-transparent, as it is in Romania, but less restrictive.

”Risk analysis is a benchmark in the administration of taxpayers, being used during their entire lives: from the moment of registration (obtaining VAT code), during their existence (tax audits, tax refunds) and deregistration. Its aim is to detect areas of non-compliance, fraud or tax evasion. Given the importance of the risk analysis, we wanted to benchmark the practices of other European countries. We found that most of the respondents to our survey have the notion provided by legislation, but the risk criteria, the communication with taxpayers, the solutions are different and, in general, the pressure on taxpayers is lower than it is in Romania. Although the procedure is more stringent in Romania, the results of reducing tax evasion and fraud are yet to appear, questioning its effectiveness compared to the administrative effort imposed on good-faith taxpayers”, explains Ramona Tariuc, Tax Director, Deloitte Romania.

”Recently, Romanian tax authorities have taken a step towards transparency and have begun to send information notes on tax risk criteria that could trigger fiscal audits. The business environment has constantly required more openness, and last summer, during the public debates on amending legislation, it proposed transparency of risk analysis criteria, a procedure to reconsider a previously established level of risk, as well as the existence of legal solutions to challenge its results”, said Dan Badin, Tax & Legal Partner-in-Charge, Deloitte Romania.

”According to our analysis, the Hungarian procedure is an example of good practice, being a fully transparent, automatic, public classification system of taxpayers in three categories: reliable, neutral and risky. They are informed of the outcome of the assessment. In our view, a transparent and clear procedure of this kind helps taxpayers giving them the opportunity to remedy the non-compliant situations, probably contest the level of risk and clarify the issues regarding the existence/absence of risk indicators in order to avoid unnecessary checks,” concludes Ramona Tariuc.

”Some states prefer not to publish the procedure considering they protect the budget revenues from those who could use the information in bad faith. However, in the case of VAT, the indicator published by the European Commission – the difference between expected VAT revenues and actually collected VAT – does not confirm nor invalidate the opinion that the non-transparent procedures support better tax collection. For example, Romania and Greece have the first and second largest gaps in the EU, and Croatia is the third smallest gap, although all of them have non-public procedures, and Romania and Greece also apply it to VAT registration. The authorities’ openness is especially useful for the taxpayers of good faith, which thus avoid additional administrative burden and can fulfill the legal requirements more easily and quickly”, says Dan Badin.

In 2017, Romanian tax authorities developed risk criteria for VAT registration/cancellation purposes. Previously, the authorities would only use the risk analysis for tax audits, including VAT refunds.