Asking prices for houses up by 1.9 pct in September

It is well-known that September brings significant increases in residential real estate trading (both sale and rental) compared to the summer months. During this period, portal imobiliare.ro registered a 1.9 percent hike in asking prices on a national level, from EUR 1,197 per sqm, valid at the end of the previous month, to EUR 1,220 per sqm.

Especially under the influence of the new segment, the growth trend was felt in all the regional centers analyzed, even if it was more modest compared to the country level.

What is interesting is the contrasting evolution of the two analyzed market segments: while old flats were 0.7 percent cheaper (from 1.231 to 1.222 euros per sqm), new ones appreciated with no less of 3 percent (from 1,346 to 1,386 euros per sqm). 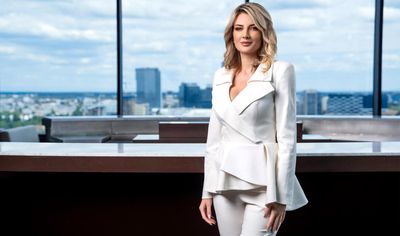 The Imobiliare.ro Index recorded in Constanta a 0.6 percent advance in September, with apartment vendors’ claims increasing overall from 1,141 to 1,148 euros per square meter. Together with Timisoara, Constanta is one of the two largest regional centers where old flats did not get cheaper last month – they rose by 0.5 percent, from 1.138 to 1.144 euros per square meter. At the same time, newly built dwellings in the city have appreciated 1 percent, from 1,150 to 1,162 euros per sqm.

In the northeastern city of Iasi, the average asking price for all available apartments on the market, regardless of the year of construction, experienced only slight variation in September – a 0.1 percent increase, from 1,045 to 1,046 euro per square meter useful. This apparent stagnation, however, hides important developments in the two analyzed market segments: thus, if the dwellings in the old blocks have been cheaper by 2.5 percent (from 1.019 to 994 euros per square meter) built up were 0.8 percent (from 1,059 to 1,067 euros per square meter of useful).