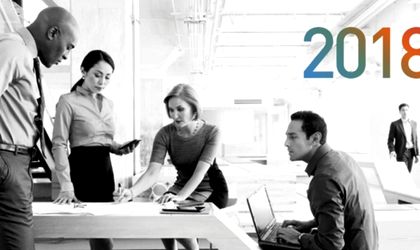 The Foreign Investors Council (FIC) said today that is overwhelmed by the way in which decision-makers, and especially the Government, are addressing important decisions that affect the business environment and the Romanian society in general.

The Government is creating an undue sentiment that the economy is facing unprecedented risks which need to be addressed with legislation adopted at lightning speeds and without any proper consultation.

Not only is the business community faced with a constant number of Emergency Ordinances but the time allowed to study and understand their impact before adoption has been reduced below the bare minimum.

Official data show a certain level of macroeconomic stability and thus we see no reason for legislating in such a hurry. Even if there are concerns regarding the deficit, inflation or workforce shortage the economy is well within normal parameters and should be treated as such.

Therefore, we believe that for the good functioning of the economy, the Romanian Government should not use the Emergency Ordinances (OuG) procedure for amending fundamental legislation, and especially without a real and structured consultation with the business environment and other
stakeholders.

Legislative changes, even if they are in the governing program, cannot be done in this way, not even with the argument that the changes are useful to the business environment because they do not fulfil two key elements: transparency and predictability.

OuGs, like any legislative initiative, need a consultation period, a period of understanding the mechanisms that will change and a minimum assessment of implementation efforts. That is why the legislative framework and good practice provide for a period of between 10 to 30 days of consultation and even this is not enough for complex projects.

In recent months the Government has managed to shrink this period down to 24-72 hours. Just in past 12 months we have seen OuGs on subjects of utmost importance: transferring social  contributions from employer to employee, public-private partnerships, salaries of staff paid out of public funds, budget rectification, public procurement, absorption of European Funds, insolvency law, Sovereign Fund for Investments and Development, Fiscal Code and Fiscal Procedure Code etc.

”We consider that most of the measures adopted by the Government should take the form of draft laws that will then be debated in the Romanian Parliament. Such a law-making process, using Parliament’s rightful role, will produce laws that are better suited to the real economy and more stable over time.  This approach would provide more opportunities for consultation of relevant parties either when promoted by the Government or in parliamentary debates. We invite the Government and the Prime Minister to a wide-ranging debate on the quality of lawmaking in Romania and the dialogue with the business environment. FIC is ready to contribute to this debate. It can only be to Romania’s benefit if consultations are carried out in a formal and transparent way and with technical arguments. FIC members are available to discuss and share their opinion on any  measure from the governing program or any policy which the Government deems necessary, ”said FIC officials.