The fiscal requirements for foreigners who choose to relocate in Romania 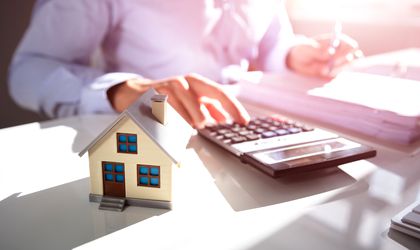 In the context of workforce mobility and the increasing flexibility of the labor market, many citizens consider Romania for a long-term relocation due to its lower living costs as well as lower taxes. The figures for 2021 (between January-September), show that over 9.6 million foreign citizens entered Romania, according to the National Institute of Statistics, thus creating the premises for new workforce establishment in the country.

At this moment, the Romanian Government has approved a 100.000 annual quota of non-EU workers that can apply for being admitted to the Romanian labor market in 2023, this being the same quota as the one approved for 2022.

However, when relocating for a longer term to Romania, tax implications have to be taken into consideration and one of the most important points relates to tax residence assessment.

“It is important for any concerned person to understand the implications of becoming a tax resident in another country. Before relocating to Romania, it should be checked whether any tax residence-related procedures need to be fulfilled in the country of departure. If not performed at the right time or all, this can bring complications to one’s tax situation, like being taxed twice on the same income”, said Andrei Popescu, Tax Manager, Soter & Partners.

A person becomes a tax resident in Romania when their presence in the country exceeds 183 days in any 12 consecutive months period ending in the concerned calendar year or when having the center of vital interests in Romania, meaning stronger economic and social ties to Romania than any other country.

Within 30 days upon exceeding 183 days of presence in Romania, foreign citizens are required to submit a tax residence questionnaire based on which the Romanian tax authorities will assess whether any of the Romanian tax residence conditions are fulfilled. The information completed in the questionnaire will have to be accompanied by supporting documents, which vary depending on each individual’s specific situation. Based on the analysis of the questionnaire, the tax authorities will issue a notification confirming the individual’s tax residence status in Romania.

Although most of the relocations to Romania come as a result of changing the workplace, the tax residence status needs to be analyzed for all persons exceeding 183 days of stay in Romania. This can include family members, retired persons, freelancers, and even students.

There might be situations where an individual qualifies as a tax resident under the rules of more than one jurisdiction, therefore being a tax resident in more than one country. In such cases, it has to be checked whether a treaty for the avoidance of double taxation has been concluded between the two countries. In this regard, Romania has concluded such treaties with nearly 90 states.

“A person who has become a tax resident in Romania will be required to report their worldwide income in Romania. As some of the expatriates also obtain an income of various types from abroad, special attention needs to be given to foreign income. If the foreign income is obtained from a country with which Romania concluded a treaty for the avoidance of double taxation, any potential income tax already paid in the country of source can be recognized and credited against the income tax due in Romania”, said Amira Nasri, Consultant, Soter & Partners.

When it comes to freelancer income, rental income, dividends, capital gains, as well as gains from cryptocurrency obtained abroad, these are to be reported through a Romanian annual tax return. The deadline for submitting the annual tax return as well as for paying the relevant income tax and social security obligations is the 25th of May of the year following the one in which the income was obtained. In the case where the deadline is not respected, the individual can be subject to fines for late submission of the tax return as well as to penalties and interests for late payment of the tax obligations.