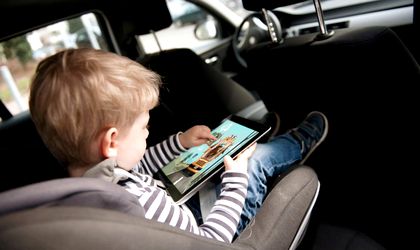 The Automobile Club of Romania (ACR) has launched the first anti-boredom game for long roads called Mr. Bear Driver, which gives kids the opportunity to learn traffic rules and be involved in road safety.

The app was developed by Publicis Romania and is a collaboration between the ACR and FIA (Federation Internationale de l’Automobile) within the 2016 Junior Co-pilot program.

How does it work? While driving, the game receives data about the car’s speed through GPS. When the car reaches the speed limit, the app sends an alert sign to the player who will warn the driver to slow down. If the driver doesn’t adapt the speed, the player can lose points in the app or even end the game.

In this manner, the children get to be responsible for their parents’ behavior when they are driving and have the chance to become true co-pilots for their parents during a long drive. More important is that they learn from a young age that speeding is never a good thing.  The game becomes also a perfect tool for education in road safety.

The app is free and available on Google Play and App Store.