Romania’s ability to absorb EU funding is the subject of a recent analysis on the Eastern Approaches blog of The Economist. Romania, as “the second poorest country in the EU, continues to fail with the absorption of EU funds, the article argues. “At around 7.4 percent it is the state with the lowest absorption rate in the European Union. Absorption capacity is the extent to which a state is able to spend financial help from the EU in an effective and efficient way.”

The article quotes Leonard Orban from Ministry of European Affairs, saying “EU might frieze five development programs if the country fails to respect European recommendations by the end of June.  It wouldn’t be the first time the European Commission decides to block payments toRomania.  In February, Brussels withheld funding for Romania after it revealed a series of irregularities estimated at around  EUR 3.5 billion in the management of the human-resources development sector” and also Victor Ponta, prime minister, saying “the country is in danger of losing EUR 100m from the European Commission by the end of the year. Next year Romania stands to lose more than EUR 1 billion in the human-resources sector amid concerns over corruption and other irregularities.”

See the entire article at this link. 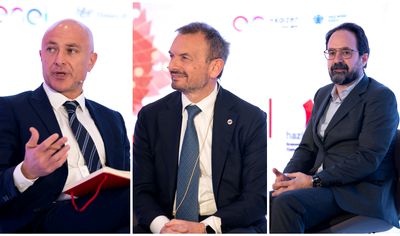