The Duchess of Cambridge gives birth to a boy, the third child of Prince William 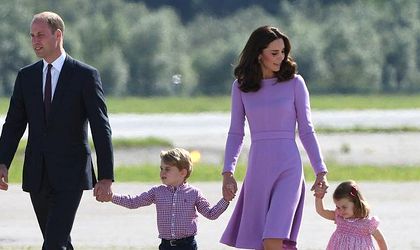 The Duchess of Cambridge has given birth to her third child, a boy. Kensington Palace announced the arrival of the new prince today at 11:00 am (London time). The boy weighs 3.8 kg and both mother and baby are “doing well” with Prince William by their side.

The baby is fifth in line of the throne and the youngest sibling of Prince George and Princess Charlotte. The name of the prince is expected in the coming days, with predictions like Arthur, Albert, James and Philip. In the line to the throne there is his grandfather Prince Charles, followed by Prince William and his two older children.

The Duchess was take early in the morning to the private Lindo Wing at St Mary’s Hospital, in central London, in the early stages of labour. She is expected to head home to Kensington Palace in a few hours.

A golden easel bearing a framed notice announcing the birth was placed in front of Buckingham Palace a few hours ago and it will be on display for 24 hours. The practice of posting a bulletin on the occasion of a royal birth goes back to almost 200 years when Buckingham Palace became the British monarch’s official residence.

The Duchess’s pregnancy was announced in September last year and at the time she was said to be suffering from hyperemesis gravidarum, which involves nausea and vomiting more severe than the typical morning sickness during early pregnancy. The Duchess was affected by the same condition during her two previous pregnancies.