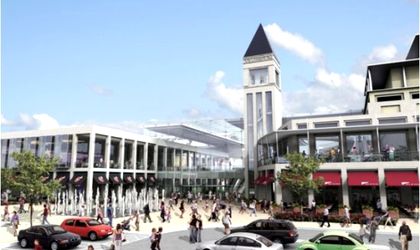 Colliers International and DTZ Echinox are the new leasing agents for The Colosseum shopping center, replacing Jones Lang LaSalle. The announcement was made by the project’s developer, Nova Imobiliare which is controlled by Cypriot businessman Panico Panayi.

The Colosseum shopping center is developed in northern Bucharest in the Chitila neighborhood.

The first phase of the project – the retail park – was inaugurated this autumn with the opening of the first Leroy Merlin store in Romania. A Carrefour hypermarket will be opened next week. Besides the 53,000 sq m retail park, The Colosseum will also feature a shopping mall with 480 shops.

The construction works of the mall, which will be delivered in several phases, will start in the autumn of 2012 and will be finalized in 2016. The total investment in the Colosseum project is EUR 350 million, according to Nova Imobiliare.