The CARIERE 2017 Awards Gala has chosen its winners 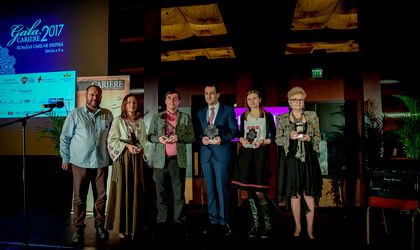 On December 14, CARIERE Magazine organized the fifth edition of its annual Awards Gala at the Radisson Blu Hotel in Bucharest and has chosen its winners while celebrating excellence in entrepreneurship, innovation, leadership and inspiration.

Each year, the Gala brings together the elite of communities of entrepreneurs, managers, national and world-renowned specialists who contribute to a better image for Romania at a worldwide stage.

“For over 15 years the CARIERE brand has brought to the public’s attention and has rewarded personalities in the Romanian culture and sciences, as well as entrepreneurs and managers who constantly perform in the Romanian business environment. This year, as a preview of the celebration of the Centennial of the Great Unity, the CARIERE Gala rewards Romanians who inspire, ambassadors of arts, culture and science, who, through their performances, as well as through their civic attitude, stand for excellence in Romania.” said Daniela Palade-Teodorescu, editor in chief of CARIERE Magazine.

The winners of CARIERE Awards Gala 2017 are:

The event was presented by Irina Păcurariu, programmaker at TVR. 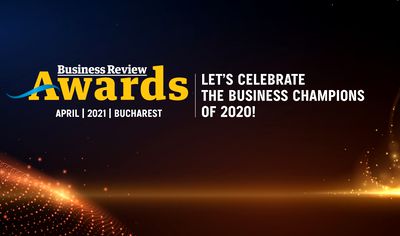 The artistic moment was performed by the actress Oana Popa, who presented a lyrical moment entitled “100 Years – Modern Romania in lyrics”, with Emy Drăgoi‘s accordion musical interludes and visual performance “sand art” made by Mariana Pachis.