The 5 most beautiful roads in the Romanian mountains 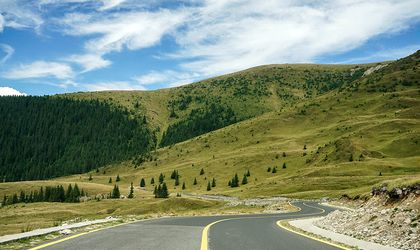 Transfagarasan, named by Top Gear presenters “the best road in the world,” crosses the Fagaras Mountains, the tallest in the country (Moldoveanu Peak 2,544 meters). This spectacular 151 kilometers road starts in Bascov, Arges County and ends in Cartisoara, Sibiu County. Part of DN7C, connecting Wallachia to Transylvania, it reaches heights of 2,042 meters, and features 27 viaducts, bridges and an 800 meters tunnel. However, this is not the highest road in Romania, as the title goes to Transalpina. It was built between 1970 and 1974 by Nicolae Ceausescu, who believed a strategic mountain road over the Fagaras Mountains would help defend Romania against foreign invasions. Transalpina is the highest road in Romania, at 2,145 meters, and crosses the Parang Mountains. Stretching over 148 kilometers, it offers spectacular views, as more than 20 kilometers are located at an altitude of over 2,000 meters. The road was opened in 1939 by King Carol II, who also commissioned the works. Long after that, it was also called King’s Road. Transalpina hosts the car racing competition and the Tour of Romania cycling competition.

Dunarii Gorge is, according to many, among the most beautiful roads in Romania. Cazanele Dunarii, a 9 kilometer stretch on the road passing the gorge, offers the best views over the second largest river in Europe. At the bottom of the limestone wall part of Cazanele Mari, a 4 kilometers stretch of the road, there are two caves, Gura Ponicovei and Veterani. Nearby the Mraconia Gulf, sculpted in stone, the 55 meters tall and 25 meters wide statue of Decebal, the Dacian King, is one of the attractions of this scenic road.

Located between some of Romania’s most picturesque mountains, Bucegi, Leaota and Piatra Craiului, Pasul Rucar Bran is set on a historic route that connects Wallachia to Transylvania.When crossing Pasul Rucar-Bran, a stop at one of the guest houses in the area is a must. You can visit Zarnesti, Rasnov or Bran and find a nice guest house to spend a few evenings. The most famous attraction near Pasul Rucar Bran is the Bran Castle, a fortress that for many conjures up the name of Count Dracula. The Bicaz Gorge is located in Neamt and Harghita Counties, and is part of Cheile Bicazului- Hasmas National Park. The gorge, a passageway between Transylvania and Moldavia, is a popular location for climbers. A major attraction in the area, the Red Lake is located at 980 meters altitude.

Apart from the beautiful views, on the side of the road you will be able to pick up souvenirs from the local sellers, including textiles, wooden objects, carpets and more.