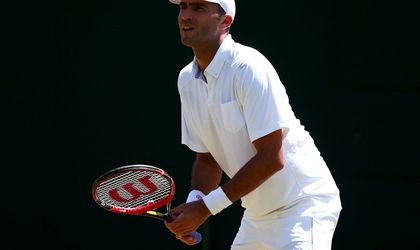 The Romanian tennis player Horia Tecau, at this moment number 4 in the ATP’s top at double, has accepted the challenge of technology payments company MasterCard and has paid only by card for one month.

During the month #doarcucardul, Horia used his card in the biggest cities in Europe and enjoyed the advantages of paying with the card in the country, but also abroad. After a short holiday in Brasov, the athlete continued the challenge in the biggest Spanish city – Madrid.

After a priceless tournament and a new won title in the doubles at Madrid Open, he went on paying only with card in Rome. The last two weeks of the challenge found him training for Roland Garros, one of the biggest tennis competitions in the world.

„I am a fan of paying with the card, especially that every week I am in a different country, it’s much easier to use only one currency,” said Tecau.

Some of the other celebrities involved in this campaign include Andreea Esca, and Andi Moisescu.

This campaign aims to encourage the usage of cards in the country.