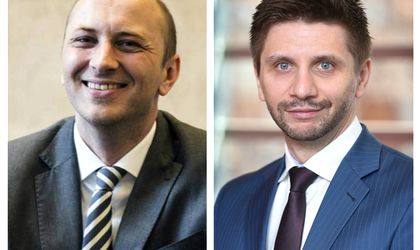 Digital payments have risen by 75 percent in 2016, gathering more than 7 million online transactions (desktop and mobile), according to Netopia MobilPay, and the value of those transactions has grown by over 40 percent compared to 2015.

People aged 25 to 34, mostly men (62 percent), make up the majority of those who choose to make online payments by credit card, according to Netopia.

“Romania is starting to line up with countries that own a solid ecosystem when it comes to digital payments, and the evolution we saw last year confirms that. The ease with which online payments are made attracts more and more people, not only in the capital, but in the rest of the country as well”, as declared per Start-up Café by Antonio Eram, CEO and Founder Netopia MobilPay, speaker at TeCOMM eCommerce Conference&Expo.

Advice on online commerce payments, as well as the success stories behind online shops, will be presented on April 26 and 27, during TeCOMM eCommerce Conference&Expo, which will bring together over 250 online store owners and e-commerce professionals.

The value of digital wallets will rise in 2017

Over EUR 60 million have been processed to date by Netopia Mobil Pay, in payments by card. “Romanians are not afraid to make online payments by card. They make them all the time for companies they trust and which require them: Google, Facebook, Amazon, Apple Store, Aliexpress etc. Stats published by Visa/Mastercard say that Romanians pay by card three times more outside the country than inside the country. That means their problem is not in paying via their cards, but rather in the trust they have towards local sites. They don’t trust that the products will reach them in time or that they will match their expectations”, says Horia Grozea, online director, Mobile Payments at Netopia Mobilpay.

Netopia MobilPay is the largest processor of digital payments in the country.

The need for security when it comes to online payments

With more than 19 years of activity in the banking field, Sebastian Kucharek (head of Treasury & Trade Solutions Central and Eastern Europe, Citi, will host the Cybersecurity workshop, offering solutions and practical advice for protecting yourself against fraud, in response to the emergent risk at global level, which stems from the development of the online medium.

Alongside workshops, presentations and debates, this year, TeCOMM introduces the Cross-Border Forum. Online shop owners who have the potential to expand their businesses at international level come together with the heads of European eCommerce associations to discuss the new developing markets. Among the topics which will be discussed during this new section are European eCommerce legislation, trends at European level and financial implications.

Citi Bank, the international financial service company present in more than 160 countries, is offering a vast array of financial solutions to online shop owners. Ivan Vrhel, head of Commercial Bank, Citi Romania, will partake in the dialogue with the shop owners and will present solutions for cross-border development.

Registrations are continuing at www.bucharest.tecomm.ro/register.