Tech trends in Romania: How can we have smart cities – the main challenges 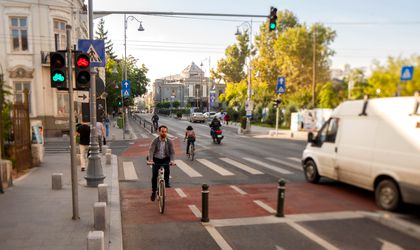 With aging physical infrastructure and limited space for new developments, cities in Romania are looking at smart technologies that can cut pollution and make public services more efficient, while improving the lives of citizens, according to pundits.

With the budgets of large Romanian cities already under pressure, the technology could make public transport, lighting or even the distribution of water more efficient. 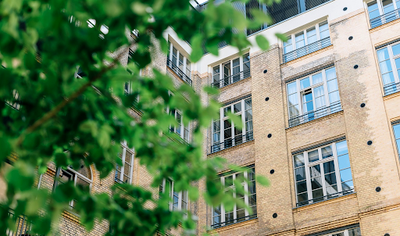 Read more about
What Makes a Building Green and Sustainable?
read more

“This means the digitalization and connection of systems, so that they can record, analyze and integrate the data and respond in a smart way to the needs identified,” representatives of UTI Group told BR.

The company has already developed some projects in Romanian cities under the banner of smart technologies.

For instance, UTI came up with the first adaptive traffic management system in Bucharest. Similar systems were rolled out in other cities nationwide, as well as in Poland and Sofia. In the area of public transport, the company implemented the first contactless taxation system based on cards. Another UTI project was Netcity, which involved the development of an underground infrastructure for telecom networks.

Another firm that has implemented smart projects in several Romanian cities is Luxten Lighting Company.

Monica Maria Bucur, president of the directorate, explained that the concept of smart cities improves energy efficiency, while enhancing urban mobility and reducing the overall operational costs of public services.

Luxten has worked on smart lighting projects in Bucharest and Drobeta Turnu Severin, which were financed by the European Bank for Reconstruction and Development (EBRD), through the energy efficiency facility.

“The approach to the smart cities concept for European cities is different: those in the West have constantly made investments and are at present in the amortization stage; for them investments in the implementation of modern technologies and their transformation in smart cities are aligned to the amortization program of previous investments. By contrast, the cities in Eastern Europe could not afford to make investments in the last 50-60 years, and as a result, the public lighting infrastructure is worn out,” Bucur told BR.

The Luxten executive said that smart technologies are not cheap, but municipalities can take out special loans from international banks or use EU funds.

Costache of Siemens Romania added that locally, the firm’s employees are working on the research and development of apps that can be used in the field of data analytics and the internet of things for smart cities.

How hard is it to develop smart cities in Romania?

Although private companies have developed their portfolios of smart solutions that can be used by municipalities, there are still significant problems with the decision makers in the public sector.

“One of the challenges of the Romanian market is that a lot of services are outsourced by city halls in Romania – so an integrated approach is difficult. A smart city begins with a consistent policy defined by the authorities. Portugal is an excellent example of public policy regarding smart cities, where information is collected, communicated and analyzed holistically,” said Costache.

He cited the results of Technavio’s Global Smart Cities Market 2015-2019, which stated that smart industrial automation is predicted to represent 25 percent of the entire global smart cities market by 2019.

Smart power supply will represent 18.5 percent and smart security will generate 17.5 percent of the market. Smart living and building will cover 9.5 percent of the global smart cities market, according to the same study.

Representatives of UTI Group added that local authorities are not yet ready to implement and run complex projects, because they lack the specialized structures and staff.

“In the projects we have developed, we have had to deal with a very long implementation stage: from the moment of the first pre-feasibility study until they become operational, on average we have to wait five years. In this period, the city, the demands and the technology advance rapidly, and the initial plan requires substantial amendments. But once the requests and the task book are finished, it takes a lot of effort to change them,” said UTI Group officials.

The company added that the feedback of the public is also very important for the economy of a smart project.

The smart traffic management system in Bucharest was embroiled in a scandal at the end of last year, when the press reported that traffic lights had not been working properly for four months.

According to Digi24, the system was rendered useless after a cable was severed and the command center received no live images from busy intersections.

At the end of 2014, Bucharest City Hall had signed a three-year contract with UTI for the maintenance of the EUR 21 million system. UTI said the deal faltered after six months.

For the traffic management system that was rolled out in Iasi, prosecutors put on trial, last December, four individuals, including the city’s mayor Gheorghe Nichita and the founder of UTI Group, Tiberiu Urdareanu.

Anticorruption prosecutors said that a consortium comprising UTI and Information Business Consulting bribed the mayor to get their hands on the EUR 15.5 million contract, which was financed from EU funds.

The National Anticorruption Directorate said that Nichita had received a EUR 1.5 million bribe.