Deutsche Telekom is reinforcing its business in the United States: T-Mobile US Inc. and Sprint Corp. will merge in an all-stock transaction. The two American companies, as well as their respective majority shareholders Deutsche Telekom (62 percent of T-Mobile US) and Softbank K.K. (83 percent of Sprint) have signed an agreement to this effect. The value of the new company (enterprise value) is around USD 150 billion, with expected synergies with a net present value of some USD 43 billion.

This is a unique combination for Deutsche Telekom – the Group will benefit both from the U.S. business with its opportunities for growth, and at the same time from its strong business in Europe, which is characterized first and foremost by the bundling of fixed network and mobile communications.

“This is an exceptional deal, which will strengthen Deutsche Telekom’s presence in the leading markets in the Western World,” said Timotheus Höttges, CEO of Deutsche Telekom. “No other company in the industry is represented as strongly in both the USA and Europe as we are. 90 percent of our revenue comes from countries with particularly strong economic conditions. Deutsche Telekom benefits from growth on both sides of the Atlantic.”

The new, larger T-Mobile US will have around 127 million branded customers and revenue of some USD 76 billion, based on expected figures for 2018. This will position the company on a level with the two national competitors, AT&T and Verizon, in future.

“This is a consistent continuation of our strategy for the successful further development of our US business. First we restructured, then invested and expanded through the merger with Metro PCS and targeted spectrum acquisitions. Now we want to take on a leading role in the market,” continued Timotheus Höttges.

T-Mobile US plans to step up and pursue its customer-focused Un-carrier strategy of recent years, leveraging the increased clout of the combined company. On the one hand, this will allow customers to benefit from lower prices. On the other, the larger T-Mobile, with its greater financial wherewithal and comprehensive spectrum resources, will be able to roll out 5G technology more quickly and better than either T-Mobile US or Sprint would have been able to do alone. To do this, the intention is to focus on convergence products combining fixed and mobile communication offerings, a portfolio with which Deutsche Telekom is already very successful in Europe.

The agreement between the four companies states that T-Mobile US will take over all Sprint shares in a stock swap. For every 9.75 Sprint shares, the company’s shareholders will receive one new share in T-Mobile US. The number of T-Mobile shares issued will therefore increase from around 865 million to around 1.29 billion shares (based on fully diluted shares). There are no plans for an additional cash contribution. This means the transaction is designed in such a way that there is no cash outflow for any of the companies involved. 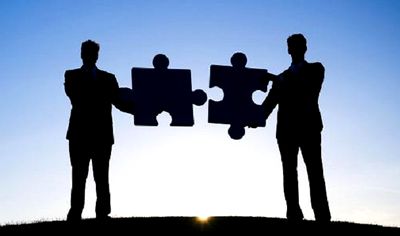 Read more about
Analysis: 2020, a difficult year for the M&A market
read more

The high synergies with a present value of around USD 43 billion (net of around USD 15bn cost to achieve) are to result from savings in operating costs (opex) for the larger company, as well as in investments (capex). This means that these savings can be realized largely independently of market developments. Sales synergies are not included.

The main areas in which synergies are to be achieved are:

Savings from cost and investment synergies are expected to outweigh integration costs just three years after the agreement comes into force. Integration costs will amount to an estimated USD 15 billion.

In coming years, the annual positive contribution from opex and capex synergies is expected to reach more than USD 6 billion in 2024, resulting from successive increases. For calculative purposes, this is based on the assumption that the transaction can become effective at year-end 2018. T-Mobile US and Sprint expect the closing of the transaction in the first half of 2019.

The larger T-Mobile US intends to use the merger as an opportunity to improve performance above all in rural areas. T-Mobile US is already building out the 4G LTE network on a huge scale in rural areas based on the mobile frequencies acquired last year in the 600 MHz range. By doing this, the company is expanding into regions with additional customer potential of around 60 million inhabitants.

Customers will benefit from comprehensive, faster 5G build-out in the future. To achieve this, the larger T-Mobile will be able to access a significantly improved spectrum position and to utilize the necessary frequencies in the lower, mid and millimeter wave frequency ranges held by both companies. Taken in conjunction with the stronger financial resources, this results in a decisive improvement in opportunities for 5G build-out.

For the customer, this means higher transmission rates, higher transmission capacities, and faster network response times in the future. 5G technology also promises greater innovation based on state-of-the-art network technology for the future, for example in Internet of Things, virtual reality and mobility services. The nationwide introduction of 5G technology will, according to consultancy firm Accenture, create around 3 million new jobs in the United States, coupled with an increase in investment of some 275 billion U.S. dollars. A larger T-Mobile US can speed up this growth impetus for the U.S. economy, which Accenture estimates to be around 500 billion U.S. dollars. This means that the merger creates additional potential for value creation for T-Mobile US shareholders.

NNDKP and PCA Law Merge and Set Up a Strong Legal & Tax...