Survey: CFOs in Romania expect massive drop in demand, reduction of revenues and number of employees 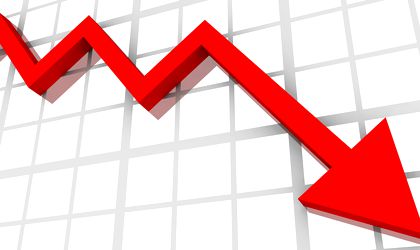 The perception of the CFOs in Romania regarding the evolution of the main financial indicators of their companies has changed dramatically in only several months as a result of the COVID-19 pandemic, according to CFO Survey Romania, conducted by Deloitte in April-May 2020 based on opinions expressed by CFOs in our country. Their main concern for this year is the drop in demand, as 73 percent of the survey participants estimate a decrease of the internal demand, and 45% of them, of the external demand. The share of those who expect revenues reduction is 67 percent, while at the end of 2019, 78 percent of them estimated increases in revenues, according to the survey.

In this context, the CFOs’ main strategy for the next 12 months is cost reduction (58 percent), distantly followed by ensuring cash flow (16 percent) and organic growth (13 percent).

Only 9 percent of respondents estimate increase in investment over the following 12 months, compared to 39 percent, at the end of 2019. The share of those who anticipate a reduction of the number of employees is 44 percent.

“Uncertainty has been traditionally mentioned as a main risk factor by the Deloitte CFO Survey respondents, but, in the current context, no less than seven out of ten CFOs feel very intensely this tension. Companies in technology, media and telecommunications are the only ones who feel a usual level of uncertainty, according to the survey. This naturally leads to almost unanimous aversion against risk, of 96 percent. The CFOs’ short term priorities are to protect employees, to improve liquidity and operational effectiveness, to reduce risk, including cyber threats, to communicate adequately in order to maintain stakeholders confidence and, last but not least, to implement recovery plans in order to respond to the uncertainty caused by the COVID-19 pandemic,” stated Zeno Caprariu, Audit Partner, Deloitte Romania, and Leader of the CFO Program in Romania.

Three quarters of the survey participants (75 percent) are pessimistic regarding the near future, as many of them expect their company’s financial prospects to be strongly affected by the economic crisis generated by the pandemic.

As for the measures announced by Romania to support the local economy in the fight against the COVID-19 pandemic, 58 percent of the CFOs consider they are less effective than the ones announced by other European states.

The main measures implemented by companies in the context of the COVID-19 outbreak were work from home (87 percent) and renegotiation of ongoing contracts (73 percent). As a result, companies in Romania saw as a priority the improvement of their IT systems to allow work from home (over 35 percent). Also, 28 percent of the respondents say they focused on the digital transformation in sales, customer care and supply chain.