Survey: Almost 60 pct of Romanians recycle batteries and used accumulators to get rewards 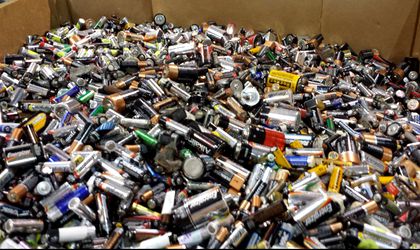 Most of the Romanians (59 percent) recycle batteries and used accumulators to be rewarded by organizers of these campaigns, while a quarter of the population (33 percent) think that the collection points of this kind of waste has a low visibility in stores, according to a survey of Battery Recycling National System Association (SNRB).

According to the data, 52 percent of the interviewed people said that they regularly recycle the waste, but would like more collection points, as well as a higher commitment level from employees.

Moreover, most of the respondents (59 percent) said that they attended the campaign “See the Positive Part” by SNRB to be awarded and 36 percent to protect the environment.

The survey also reveals that 68 percent of the Romanians gather used batteries in a recipient with the intention of recycling them, 20 percent say that recycle batteries at the collection points, while 8 percent throw them in the garbage. Also, 4 percent of the respondents admitted that they didn’t know how to recycle used batteries.