Suceava to get new ring road built with EU funds 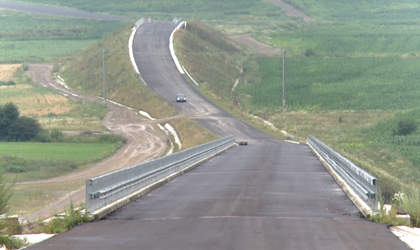 The European Commission has approved the first stage of a major project for the the construction of a ring road of Suceava in Romania, part of  the TEN-T core network, a statement by the regional office shows. The project is worth about EUR 52 million, of which nearly EUR 44 million will come from the Cohesion Fund.

“Structural funds investments in transport systems remain a priority for the European Commission. It is also the case of the Suceava ring road that will provide better connections for local and international transport, while helping road users to travel safely, but also to save time,” said the EU Commissioner for Regional Policy, Corina Cretu.

This major project is co-financed by the Sectoral Operational Programme “Transport” of Romania, under Priority Axis 1 “Modernization and development of TEN-T in order to develop a sustainable transport system integrated with EU transport networks.” The co-financing decision for this project falls within the 2007-2013 programming period, but the second phase of the project will be finalized in the period 2014-2020.