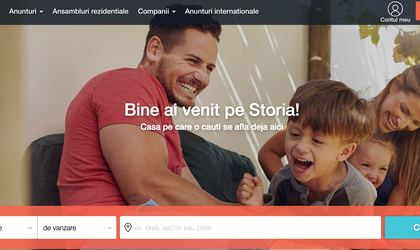 According to a study by Storia.ro, rents are higher than Prima Casa monthly installments. Among Romanian cities, Cluj-Napoca is the city were rent is highest, compared to the average net income, while Bucharest is more affordable.

Rent cost are higher than the monthly installments paid by those who took on a 30 years mortgage through the Prima Casa scheme, Storia.ro shows. A Romanian employee who wants to rent, pays a monthly rent equivalent to 33 percent of the monthly net income for a studio, while a monthly installment paid as part of the Prima Casa scheme represents 20 percent. The cost of renting a one bedroom apartment represents 48 percent of the net average income, while that of a two-bedroom represents 64 percent, while Prima Casa rates represent 34percent, respectively 46 percent.

Cluj-Napoca is the city where rent is highest compared to the average net income of its inhabitants for all categories of properties, namely studios, one or two bedroom flats.

Olt, Gorj and Mehedinti are the cities where rent is cheapest, compared to the revenues of the inhabitants.