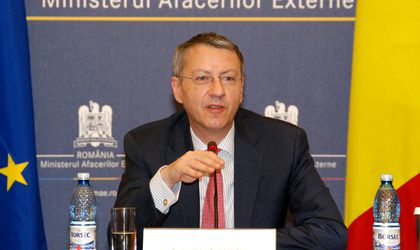 State Secretary for bilateral and strategic affairs in the Euro-Atlantic space George Ciamba met on Tuesday with NATO Assistant Secretary General for Defence Investment Camille Grand. During talks the Romanian official stressed the need for a coherent and united approach of the Alliance, on the defense and deterring fields, regarding the entire Eastern flank, including its southern area.

According to a press release sent by the Ministry of Foreign Affairs, during talks the two officials discussed topics of interest of the Alliance for the upcoming period, stressing the important role of the reunion of the ministers of foreign affairs due to take place at the end of this week, but also of that of the heads of state and governments on 25 May 2017, which will offer the chance to establish first contacts at NATO level between the new Secretary of State and with US President Donald Trump.

“The complex character of the security environment and the need to continue efforts to fully implement measures decided in Warsaw, with a view to strengthen NATO’s capability to answer in an effective way to all security challenges it faces. On the defense and deterring dimension, State Secretary George Ciamba stressed the need for a coherent and united approach of the Alliance on the Eastern flank,” the Ministry of Foreign Affairs said in a statement.