Sony A7 III, a full-frame mirrorless meant to be a DSLR killer 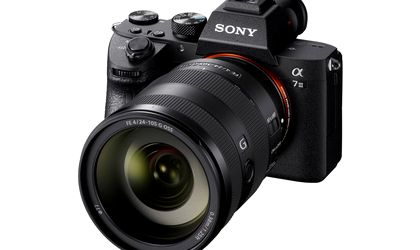 The Romanian photo market that includes all camera sold, grew In 2017 with 1 percent, up to EUR 26 million. That is a rather small number for a market where we have such big competitors, like Canon, Nikon, Sony, Olympus or Panasonic and very expensive cameras. But even if no one is willing to give numbers regarding market quota or number of cameras sold, there still are launches every year.

The last one is Sony’s A7 III, the mirrorless full-frame with new technology, refined design and improved autonomy for the battery. At the same time, there are already available around 25 lenses from Sony, not including third-parties like Sigma.

Basically, A7 III is a general-purpose, highly versatile and quite affordable full-frame camera compared to the current DSLR competition. Don’t get this wrong; the body comes with a cost of RON 10,400 and the kit that includes SEL2870 lense will cost RON 11,400. But any real competitor is more expensive considering that we talk about professional level cameras.

A7 III is equipped with a 24.2 megapixel full-frame sensor, just like A7 and A7 II, but the processor is new and provides improved noise response at high sensitivities and brings 15 stops of dynamic range at base ISO. ISO sensitivity extends to 204,800, like A9.

The sensor I supported by a powerful Bionz X processor and the same front-end LSI that’s influenced many of Sony’s latest cameras and now it is able to shoot continuously with autofocus and exposure adjustment at 10 fps. Also, employing a fully-electronic shutter it is possible to shoot silently.

There is any connectivity you need in the camera and also two slots for memory cards which means you can back-up data in real time. Also the battery consumption is improved so it can stay longer alive.

By the way it looks, A7 III is the best example of a full-frame mirrorless, smaller, lighter and faster than many competitors. Still, not a camera for every amateur at a price of over EUR 2,000 for the body only.