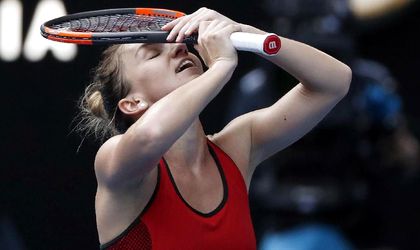 Simona Halep has won the three-set match against 2016 Australian Open champion Angelique Kerber and will face WTA no. 2 Caroline Wozniacki in the final of the tournament on Saturday, getting the chance to win her first grand-slam trophy.

The Romanian player saved two match points before managing to break Kerber’s serve and win the deciding set by 9 games to 7, after 6-3 and 4-6 in the first two sets. Simona Halep needs to win the final in order to keep her world number one ranking.

Halep said after the match: “I had confidence in myself. I said to myself I will fight for every point and have a big rest after the tournament”.

About facing Caroline Wozniacki in the final and winning the tournament: “I respect her a lot. I know it will be similar to today. I will have to run. It’s going to be a big challenge. Next round I just want to give my best. I’m not thinking about the title. If it’s going to come it will come”.