Simona Halep returns to No. 2 after making Roland Garros final 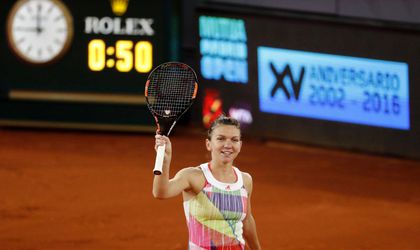 Simona Halep returned to the No. 2 spot on Monday after the release of the WTA ranking. Halep played on Saturday the final of the Roland Garros and lost in three sets to Lithuania’s Jelena Ostapenko.

The new Roland Garros champion, Jelena Ostapenko, is now world No. 12. Other WTA players who managed steep climbs after the French Open were semifinalist Timea Bacsinszky who fell out of the top 30 last month but now occupies No. 22, and quarterfinalist Elina Svitolina, who climbed one spot, to No. 5.