Simona Halep moves to quarterfinals at Doha and returns to World No. 2 in the WTA rankings 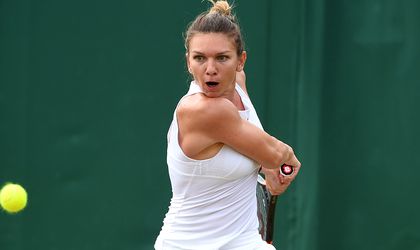 Simona Halep won the first match in the Qatar Total Open against Ukrainian Lesia Tsurenko. Moving ahead into the last eight of the competition, Halep also secured the second place in the WTA rankings, after Karolina Pliskova withdraw from the tournament due to viral illness.

Simona Halep won 6-2, 6-3 against Tsurenko. After opening the match with an impressive 5-0, the games lost a break to finish at 6-2. The second set was not the same, with Tsurenko playing better and managing a 3-1 lead. But Halep won the next 5 games and ended the match.

Halep ended last week with the Fed Cup games in which she helped the team to win against the Czech Republic, making 2 out of the 3 points needed.