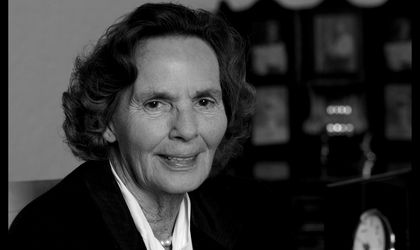 The death of Queen Anne of Romania on August 1 was reported in the international press, starting with The Telegraph, which published an obituary on the same day, as well as by several news outlets such as Reuters, Euronews, Deutsche Welle, Daily Mail, the Daily Telegraph, the Los Angeles Times and the New York Times.

Queen Anne of Romania passed away aged 92 in a hospital in Morges, Switzerland, surrounded by her family members. Her funeral is due to take place on August 13.

The Telegraph – “Her great simplicity and adaptability were invaluable attributes”

“Related to most of the royal families of Europe, and wife of the exiled and troubled King Michael of Romania, she was content to live the life of a Swiss housewife. Her great simplicity and adaptability were invaluable attributes in her marriage to a serious-minded man who had been dispossessed of his country and the duties which gave his life purpose,” wrote The Telegraph.

“Anne worked for a time as a shop assistant. Later she enlisted as an ambulance driver in the Free French army and saw service in North Africa and Italy before landing at St Maxime in the south of France and following the Allied advance. She was awarded the Croix de Guerre.”

“While there is no popular demand for a restoration of the European Union state’s monarchy, Romanians widely respect Michael and Anne as historic figureheads especially as they have grown increasingly disillusioned with a political class perceived as corrupt.”

The Daily Telegraph reported at length on the meeting between Anne and her future husband, which led to a marriage that lasted 69 years. “When King Michael I of Romania was looking for a wife, Anne was a possible match. He saw pictures of her but plans to invite her and her family to Bucharest didn’t come to fruition. However, they were both invited to the wedding of Princess Elizabeth (Michael’s distant cousin) and he planned to make her acquaintance then.”

“Michael invited her to a party and nerves got the better of her when they were introduced; she clicked her heels together rather than curtsying. But the gaffe endeared her to the king, he asked her to accompany him on outings around London and then invited her to fly with him and his aunt to Lausanne in Switzerland, aboard a plane he would pilot. In Lausanne he proposed while they were on a drive together. She accepted. It was just over two weeks since they had met.”

“Anne largely avoided the spotlight but is known for her wit and devotion to Michael,” wrote the Los Angeles Times in an article published August 1.

The New York Times – “When she was younger, Anne studied painting in New York”

“When she was younger, Anne studied painting in New York,” the New York Times reports, linking the experience of the former Queen of Romania to the city. Anne attended the Parsons School of Design in New York between 1940 and 1943.