Serial entrepreneur Radu Georgescu: “I would go for global companies. I wouldn’t do a company for my neighbourhood” 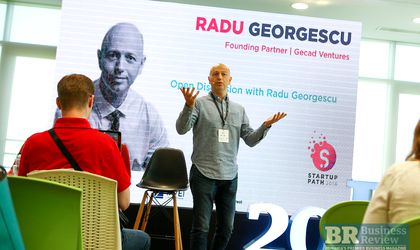 Serial entrepreneur Radu Georgescu, founding partner of GECAD PARTNERS, said that “failure is the greatest thing there is”, when he was asked what should a small business owner do after his/her first failure.

“You do not learn anything out of a success. It’s very easy to say ‘success doesn’t matter and failure is good’ but I think everyone owe himself and herself an experience of failure. Hopefully, your first failure is a bit of a success so it can fund your next success,” he said during a Q&A session in the first day of Startup Path.

Asked what his advice would be for young entrepreneurs, he said: “But I would go for global companies. I wouldn’t do a company for my neighbourhood, not my city but for the world.”