Sales of electric, hybrid cars up by 108 percent in first nine months of 2016 in Romania 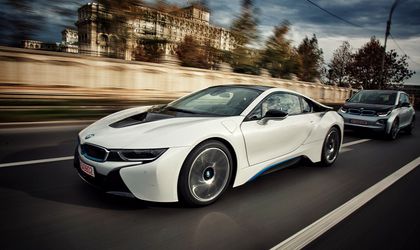 Sales of electric and hybrid cars recorded a year-on-year increase of 108 percent, Automotive Manufacturers and Importers Asociation (APIA) announced on Tuesday. Approximately 700 cars were sold in Romania in the first nine months of 2016.

According to data released by the APIA, between January – September the electric and hybrid cars sector increased year-on-year by 88.7 percent, up to 78 units. Additionally, electric cars sales increased by 129.4 percent, to 615 units.

Sales of green cars represented 0.8 percent of the total sale of new cars sold at a national level during the period under survey. In September, there were sold 123 green cars, down by 26.78 percent compared to the previous month, when there were sold 168 units.