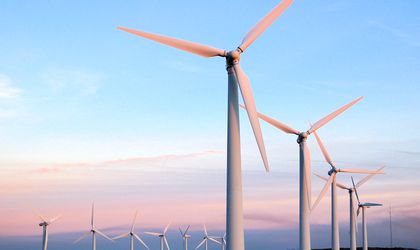 The wind power industry is a key factor in supplying Romania with electricity, and this is particularly relevant during a period when, due to low temperatures, electricity consumption grew considerably, the Romanian Wind Energy Association (RWEA) said.

Between 6 – 15 January 2017, when, during the poor weather, Romanian authorities issued Codes Yellow and Orange throughout the country, in Romania there were produced 2.15 TWh, of which 1.91 TWh were gross electricity consumption.

Given the high costs associated with fossil fuel, the wind energy contributes in a significant way to reducing the consumption and costs associated, by providing the Romanian energy sector with a clean energy, without CO2 emissions, the RWEA said.

According to data provided by the Electricity Map, which provides data on the production mix of electricity and CO2 emissions in real time, the RWEA argues that Romania, Germany and Great Britain and other countries.

Thus, with appropriate and concrete policies, we consider that Romania could reach a cleaner and cheaper energy mix, the investment in renewables proving to be a strategic investment for the security and proper functioning of the energy sector, RWEA argues.

RWEA is a professional association that functions like an NGO and was founded in Bucharest. Its 53 members are participating on a voluntary basis and have as a purpose to promote the role of the wind power energy in the energy mix in Romania and to promote a clean, secure and efficient energy for Romania.