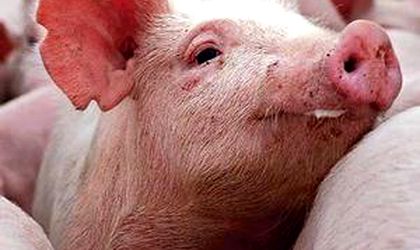 The Sanitary-Veterinary Authority from Russia (Rosselkhoznadzor) announced this Wednesday that starting August 2, it introduced temporary restrictions regarding the living pigs and pork imports from Romania, after the discovery of an African swine pest stokehole, according to Itar TASS.

Rosselkhoznadzor says that the products which have these restrictions and will arrive to the Russia’s borders after August 2, will be sent back no matter the date written on the veterinary documents that come with the products.

The first African swine pest stokehole in Romania was confirmed by the Animal Health and Diagnosis Institute in a household near Satu Mare, and then it expanded to a second household, said on Tuesday the National Authority for Sanitary-Veterinary and Food Safety (ANSVSA).

The president of ANSVSA, Geronimo Branescu, said that Romania maintains its status of country free of classical swine pest, obtained in May, as there is no connection with the African swine pest, confirmed in the households from Satu Mare, which is a totally different disease. He added that often the two diseases are mixed up, but none generates any risk for consumers.