Romanian women among youngest at childbirth in the EU 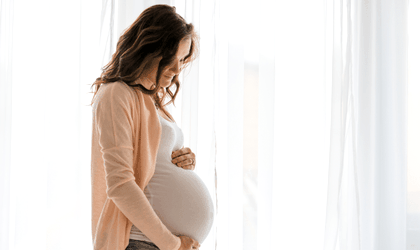 Data from Eurostat shows that the mean age of women at childbirth in the EU in 2016 was under 27 in 22 EU regions, all located in two member states: Bulgaria (with 15 of 18 regions) and Romania (with 7 regions).

The regions of Giurgiu (26.2 years) and Calarasi (26.3 years) recorded the lowest mean age of women at childbirth for Romania.

Across the regions of the European Union, the mean age of women at childbirth (for all births, not only the first one) in 2016 was lowest in the Bulgarian region of Silven (25.1 years) and highest in the Greek region of Voreios Tomeas Athinon (33.8 years).

On average across the entire EU, the mean age of women at childbirth was 30.6 years.

Five of the 12 regions with the oldest mean age at childbirth were in London, the data revealed. Two regions in Italy, along with Paris in France, Heidelberg, Stadtkreis in Germany, Bizkaia in Spain and Byen København in Denmark completed the list of EU regions where women were on average 33 years old or more when their children were born.