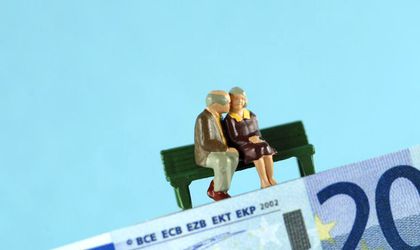 A draft legislative project submitted by more than 70 PSD MPs to the Romanian Parliament says that adult children will be required to provide financial resources to their parents, grandparents or even great-grandparents who are in need, in the form of a “support pension” of an amount set on a case-by-case basis, and that those who do not fulfill this obligation could face either fines or up to 3 years in prison.

In cases where children cannot provide the support pension, the obligation will fall on the grandchildren of the individual in need.

“We sadly find that, although there is acknowledgement of the serious problems face by elderly people in our country, as new legislation concerning family is adopted, their problems are ignored or left to the discretion of courts who can decide whether to force children or grandchildren to contribute to supporting their parents or grandparents,” the draft bill reads.

The legislative project is titled “The law of inter-generational gratitude”, and its initiators say that the new Civil Code has ambiguous provisions regarding the legal obligation to support parents or grandparents who are facing financial difficulties or are unable to work, and that this should be the legal responsibility of adult children who are able to work and gain incomes.

According to the bill, the support pension paid by adult children is established through an agreement of the parties, and courts will only be called on as a last resort in cases where an amicable agreement is not reached.

The pension amounts set by a court of law will be a cash sum that must be paid monthly. The sum would be set based on the family’s financial situation as well as other relevant factors.

The total amount owed by children to their parents or other persons cannot exceed a fifth of the descendants’ net income, the bill says, so as not to cause financial hardship for the payers.

Stepparents would also qualify for support pensions from children who have enough resources to provide them, the bill says, although it does not provide details into what having “enough resources” means.

Those who do not pay the pensions could face penalties ranging from fines to as much as three years in prison, according to the draft.