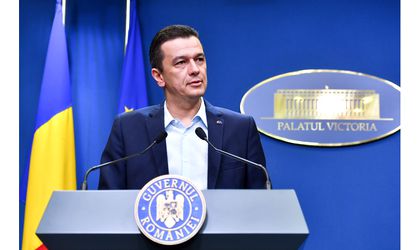 MPs voted on Wednesday a motion of no confidence against the government led by Sorin Grindeanu, after days of political conflict between the PM and the leadership of the Social Democratic Party (PSD).

Grindeanu has survived roughly six months in power and ruling coalition PSD-ALDE (Alliance of Liberals and Democrats) recently pulled its political support for his government, citing poor results in office.

There were 241 votes “for” the motion and 10 votes against it. According to media reports, the votes of the minorities played a key role in the approval of the motion.

President Klaus Iohannis is set to start consultations for the appointment of a new government on Monday. The head of state said earlier this week that he will designate a new PM that is a “righteous person”.

All the ministers backed by the ruling coalition had presented their resignations since last week. In this period, Grindeanu was fired from PSD and the left-wing party accused the PM of clinging to power illegally.

However, Grindeanu accused the PSD head Liviu Dragnea of managing the party like a dictator. Several social democrats got behind Grindeanu, with the former PM Victor Ponta being the most visible. In fact, Ponta, who is tried in a corruption case, was appointed general secretary of the government.

“I want to tell Romanians that I will do my job until the end, until the country will have a functioning government. (…) It is important to exit this blockage and to tell investors and chancelleries across the world the fact that Romania remains a stable and predictable environment,” said Grindeanu following the vote. He added that he hopes the country will not go through a similar crisis six months from now.