Romania’s RON hits fresh 3-month high vs. EUR in 7th day in a row of appreciation 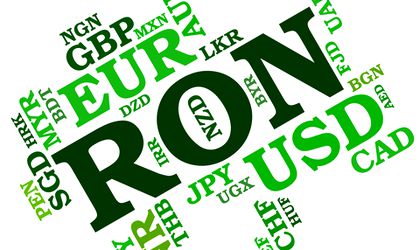 Romania’s currency, RON, rose for the seventh day in a row against the European single currency on Friday, the exchange rate falling to 4.6348/EUR, the lowest level since February 5, National Bank of Romania (BNR) data show.

On Thursday, the reference exchange rate was RON 4.6397/EUR.

The Romanian currency gained 0.6 percent against the European single currency since May 2, after seven market sessions in a row of appreciation.

Experts say the RON’s appreciation is due to interest rate hike decided by the central bank.

Following the central bank’s move, Romania’s money market rate (ROBOR), the main indicator that sets the interest rates for RON currency borrowers, reached on Thursday a 3.5-year record of 2.75 percent for the second day in a row, but declined slightly on Friday, to 2.74 percent.

The Romanian central bank also had four open market operations during the last four weeks, absorbing more than RON 18 billion (around EUR 4 billion) in the first two operations, RON 7.9 billion on April 30 and RON 3 billion on May 7 from the banks through one-week deposit tenders.

“As regards Romania, we started the tightening of monetary policy by hiking the rate twice this year, after further narrowing the corridor around the policy rate last year, but a gradual approach is warranted by the need to avoid sharp currency appreciation in the regional context,” Isarescu said on April 27 in Sofia, at The Eurofi High Level Seminar 2018.