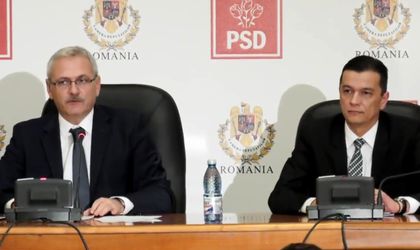 “We made a decision two days ago and we are going ahead, justified,’ said Grindeanu, who attended on Thursday afternoon a joint press conference with the president of the Social Democratic Party (PSD), Liviu Dragnea.

The head of the social-democrats said that his party backed the government’s move and accused president Klaus Iohannis of being the “moral author” of the violent episodes that were registered in front of the government building on Wednesday night. Several arrests were made and some gendarmes were injured after a conflict broke out between police forces and gangs, which the media said comprised football hooligans.

However, peaceful protests continued on Thursday evening across Romania, with 90,000 people rallying for the third night in a row in front of the government building. People are asking Grindeanu to repeal the change to the Criminal Code. Meanwhile, president Iohannis challenged the legal changes at the Constitutional Court and the general prosecutor of Romania, Augustin Lazar, was also planning to attack the amendments in court.

The main business associations in Romania, comprising both local and foreign investors, have issued statements warning that the country’s economy could suffer if the rule of law and anti-corruption drive are attacked through controversial pieces of legislation.

The first minister from Grindeanu’s team resigned on Thursday, citing the controversial amendments approved by the government the Tuesday night. Florin Jianu, the minister of entrepreneurship, said that Romania’s don’t deserve what’s happening to them right now.