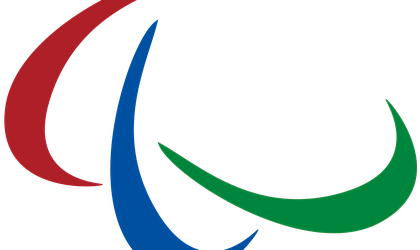 Romania’s paralympic team, the best prepared and largest in the history of the country’s participation to the Paralympic Games, was presented officially in Cluj-Napoca on August 17. The event was attended by representatives of daily products maker Olympus, a traditional sponsor of the National Paralympic Committee.

The team was presented during an event organized by the Național Paralympic Committee at the Casino in Cluj-Napoca’s Central Park. The 11-strong team will participate in the Paralympic Games, held September 7-18 in Rio de Janeiro.

Alongside the traditional sports represented in the Paralympic Team, such as cycling, swimming, table tennis and athletics, at this year’s Games, Romanian athletes will also participate in judo and para-caiac, a first-time event for Romania.

Florin Cojoc will represent Romania in the high jump and long jump, by Florentina Hriscu, qualified in the discus throw competition. Eduard Novak, alongside Olah Attila, will fight to win a new medal in cycling.

Alex Bologa will bring Romania’s first participation in the Paralympic judo competition. 2016 marks the year when kaiak/canoe was introduced as a competition discipline in the Paralympic Games, and Romania will be represented by Serban Iulian and Mihaela Lulea. Siblings Naomi and Samuel will compete in swimming and Dacian Makszin and Bobi Simion will team up for the table tennis event.

„Our athletes trained hard and showed extraordinary passion and discipline, and their wish to show everyone that their efforts were not in vain – is huge. Alongside Olympus, we are feeling more confident and stronger in our journey towards victory,” Sally Wood-Lamont, president of the Romanian National Paralympic Committee said.

„We are excited to be together with the National Paralympic Committee once more, especially on this happy occasion, when Romania’s paralympic team is represented by such a big number of athletes,” Olympus CEO Ilias Pliatsikas said.