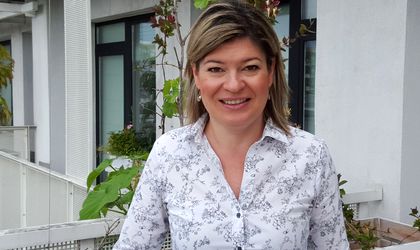 The Romanian media market grew with 10 percent in 2016 compared to 2015, up to EUR 366 million, according to the updated data of Media Fact Book made by the media agency Initiative. This result surpasses the estimations of the report launched by the agency in May that indicated a growth of 6 percent this year, similar to the one from last year.

„The second part of the year brings a growth over expectations for the media market, mostly determined by the impressive investments in the TV advertising, while the evolution of the rest of the channels was in line with our estimations from the Media Fact Book launched in May. These positive results will be sustained next year as well, when the market will rise with 6 percent, up to the value of EUR 389 million,” said Alexandra Olteanu, managing director, Initiative.

Therefore, the investments in the TV advertising will be in a total of EUR 240 million this year, following some spectacular growth of over 10 percent, compared to 2015. But the TV is not the only channel that registered growth in 2016 – the online also grew with 12 percent, up to the total value of EUR 64 million, while the radio is expected to reach EUR 20 million, a value with 5 percent bigger than the one in 2015. Moreover, the OOH market maintains itself at the value of EUR 28 million, while the print press registers a fall of 10 percent, up to EUR 14 million, with more and more publishers closing their print editions.

When it comes to the market’s evolution in 2017, Initiative estimates the biggest growth registered in online (+14 percent, up to EUR 74 million). The investments in TV will rise as well with 5 percent, up to EUR 252 million, and the radio, with 7 percent, up to almost EUR 22 million. Unlike the previous years, the OOH market is growing as well in 2017, with 4 percent, reaching EUR 29 million. The only media that will keep on falling is the print, with another 10 percent to EUR 13 million.

At a global level, according to the Inflation Report analysis launched in November by MAGNA, the company from the IPG MediaBrands group, the same one that Initiative is part of, estimates a significant TV cost inflation for the linear TV (+6,4 percent), trend that will reflect at a regional level as well, in Europa (+6 percent) and the CEE (+9 percent). In the mature markets, this TV inflation is determined by the fall of the audiences and ratings, the fragmentation of the consumption habits and the rise of the digital and OTT platforms.

At the same time, the online remains the channel with the biggest growth in the media market (+12.5 percent in 2017), although it will register a smaller growth rhythm in the following years. Therefore, if in 2016, the digital attracted 36 percent of the advertising budgets at a global level, getting close to the margin of TV’s 37 percent, in 2017 it is estimated to surpass the TV and to be become the major advertising channel.