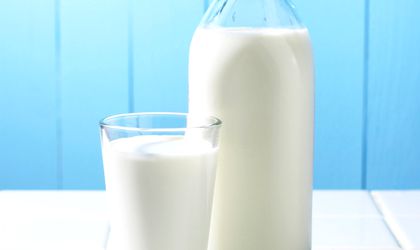 Romania imported raw milk up to 115,850 tonnes in first 11 months of 2017, an year-on-year increase by 3.2 percent and the milk collected by the processing units increased by 7.6 percent up to 949,952 tonnes, according to the National Institute of Statistics (INS).

On the other hand, the production decreased in consume cream by 2,938 tonnes.

According to INS, in November, compared with October, the cow milk collected from the agricultural units and the collection centers by the processing units dropped by 9.6 percent up to 75,272 tonnes.

Also, the decrease of production in November compared with October was registered in consume cream, by 471 tonnes, cheese products, by 235 tonnes and sour milk, by 351 tonnes.

The main dairy products where the production increased during the analyzed period were butter, by 140 tonnes (13.5 percent) and the consume milk, by 314 tonnes (1.2 percent).

According to INS, the quantity of cow milk collected from the processing units increased year-on-year in November by 8,040 tonnes (12 percent).