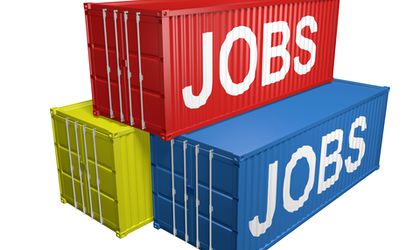 The government could modify the legislation on hiring foreign workers in Romania, eliminating the obligation of employers to pay them the gross average wage, Dan-Octav Paxino, state secretary at the Ministry of European Funds, said on Thursday, quoted by Agerpres.

The Ministry of Finance will soon officially propose to change the legislation with regard to foreign workers, according to the official.

“Given that in the current period we are going through a major deficit in the labor force (…) we are concerned about developing and finding the most efficient way for Romania to modify the current legislation that allows bringing of workforce from abroad,” Paxino said.

He told reporters that the government wants to eliminate the obligation to pay foreign employees with at least the average gross wage (RON 4,128 or EUR 887, in February).

In the other EU member states there is no such restriction, the state secretary said.

The announcement was made a few days after seaside business owners said that they are having an increasingly harder time finding seasonal workers to provide the essential services of the tourism industry.

“We’re in a free, open market – we see that other countries are bringing in foreign workers and that those workers are able to obtain citizenship much easier and quicker than they can in Romania. Romania allows only 10,000 work permits per year for foreigners, but we need around 300,000,” Muhammad Murad, a leading investor in the Romanian seaside and the president of the Romanian Tourism Business Owners’ Federation, told Business Review.