Romania’s budget deficit up to 0.49 pct from GDP on nine months 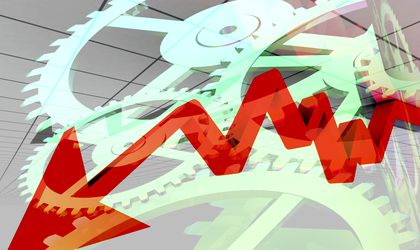 The Romanian budgetary deficit went up to RON 3.7 billion, respectively 0.49 pct from GDP, after the first nine months of the year, compared with the same period of 2015, when the general budget closed with an surplus of RON 6.1 billion (0.87 percent of GDP), according to the data published by the Ministry of Public Finance.

The consolidated general revenues amounted to RON 165.8 billion, representing 21.9 percent of GDP, which were by 2 percent lower in nominal terms compared with the same period of 2015.

The total budgetary revenues collected by the National Fiscal Administration Agency (ANAF) in the first nine months, reached approximately RON 150 billion. The amount is by 0.3 percent higher than the collection program established by the budgetary laws and 1.8 percent higher, respectively RON 2.61 billion more than the similar period of 2015.

Increases were registered compared with the same period of 2015 in the revenues from the profit tax (12.3 percent), social insurances contributions (6.9 percent), excises (6.4 percent), taxes for salaries and revenue (3.8 percent).

The revenues from VAT registered a drop of 8.6 percent compared with the same period of 2015, taking into account they were affected both by the standard VAT quota from 24 percent to 20 percent from January 1, as well as the introduction of a reduced quota for food to 9 percent.