Romanians think Facebook and blogs contain most of the fake news, says study 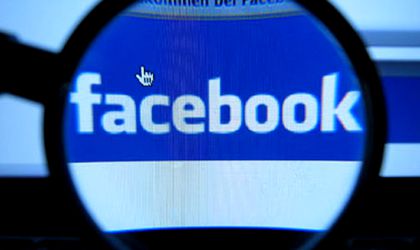 Even though Facebook represents the main source of information online, most Romanians in urban consider that this is, at the same time, the channel with the biggest amount of fake news, shows a study published by iSense Solutions. But only half of the Romanians are interested in consulting other sources to see if a piece of news is true.

Romanians follow the news, especially on TV (90 percent) and online (89 percent). The men, more than the women, are following the news on radio (64 percent vs 52 percent) and mobile apps (41 percent vs 32 percent).

The Romanians consider that, in order to be credible, a news must respect the following conditions: to show the sources from where they gathered the photos and the informations (82 percent of the Romanians), not to appear in a publication sponsored by entities with interests – for example, political news in publications/ channels sponsored by political parties (58 percent), to contain pictures as prove (57 percent), to include many details (56 percent) and to appear in a prestigious, trustful publication (52 percent).

Romanians are verifying the truth of the news using Google (62 percent), the news websites (46 percent), the TV (40 percent) and the newspapers / magazines online (39 percent).

The Romanians consider that those responsible to weed out the fake news are media groups (65 percent), the managers of the companies that handle the online content (60 percent) or the professional organizations (53 percent), as well as the people that use to share informations with other people (32 percent).

The study also shows that 60 percent of the Romanians consider that they have received false news even from their close friends.

„With this study we intended to analyze also the way that Romanians are exposed to the false news by their close ones. Therefore, we were surprised by the fact that most of them were saying that they realized that in the last year persons from their entourage shared with them false news, receiving these kind of informations even from close ones. Still, this behavior is not caused by malevolence, but by the fact that we are not used to verify the truth of the news, especially in the context of a huge flow of information that is bombarding us via the devices and the channels,” said Andrei Canda, Managing Partner iSense Solutions.

The study was carried out online by iSense Solutions on a sample of 800 respondents, members of the ResearchRomania.ro Panel. The data are representative for people with the age over 18 years old, living in urban areas of Romania, that follow the news, no matter the domain and the used channels (meaning 98 percent of the total population in the urban area, over 18).