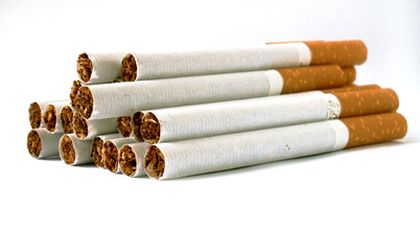 Romanians smoke 10 percent of the 48 billion cigarettes that have been smuggled into the European Union and in 2016 they consumed 4.41 billion smuggled cigarettes, according to a study on smuggling and its effects at European level made by KMPG for British think-tank Royal United Services Institute (RUSI).

In Romania, the share of smuggling cigarettes is 16.4 percent of the market, the highest from the group of the six states, on the overall consumption of cigarettes. The share in Poland is 15 percent, followed by France (14.8 percent), UK (14.3 percent), Italy (5.8 percent) and Germany (5.2 percent).

Moreover, 60 percent of the smuggled cigarettes in Romania are the so called illicit whites, meaning the cigarettes whose country of origin cannot be determined.

„According to Eurobarometer 2016, 83 percent of the surveyed Romanians received cigarettes offers even on streets, by 40 percent more than the European average, which proves the higher boldness of cigarettes smuggling, encouraged by the high profitability and the reduced risks, as well as the need to intensify the authorities’ efforts for combating this  phenomenon,” says the study.

The study made by KPMG shows that the black market level from Romania is over the European average of 9 percent, due to the 2,000 km of borders shared with states outside the EU, where cigarettes cost a third of the sale price from Romania.