Romanians protesting against corruption | Can the blockchain help deliver transparency? 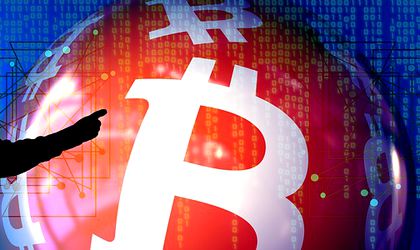 With hundreds of thousands of Romanian having protested in the past two weeks against the current government, after it pushed and later repealed controversial amendments to the Criminal Code that would risk undermining the country’s anti-corruption efforts, as representatives of the judiciary had warned, we ask if the blockchain platform could further support Romania’s efforts of weeding out major corruption.

The people have been angered by the government’s decision to approve an emergency ordinance on January 31 that would partially decriminalize the abuse in office. The changes stated that if the loss to the state would be below RON 200,000 in such as case, the offender would not risk a jail sentence.

The country’s main anti-graft department DNA is working on over 2,000 cases involving abuse in office offences and the chief prosecutor of the DNA, Laura Codruta Kovesi, warned that such changes to the Criminal Code could wipe out a large share of these cases.

For now, things seem to have calmed down a bit as the Parliament was expected to vote a separate emergency government ordinance that would cancel the one approved in late January.

But going forward, authorities could look at new ways to prevent corruption practices and improve the overall transparency of the decisionmaking process. For instance, neighbouring Ukraine has been exploring the blockchain platform for its public management service.

Ukrainian official said that the blockchain could help the country to sell certain assets in a transparent manner. In late 2016, Ukraine was looking to organize the first state auction on the blockchain for property privatizations. The system is called E-Auction 3.0 and was developed on a voluntary basis with support from Ukrainian banks and Microsoft, according to CalvinAyre.com.

In Romania, the concept of blockchain hasn’t been mentioned by policymakers as one of the solutions for combating corruption, but the quick development of the technology could convince officials to approve pilot tests.

Essentially, the block chain is the decentralized network where every bitcoin transfer is verified, processed and written down. It is essentially a giant record book for all Bitcoin transactions, as the Financial Times explains.

Experts say the huge potential of this platform lays in its capacity to make economic interactions cheaper, faster and more secure.

You can find out more about the blockchain conference at d10 conference, held between February 21-22, 2017 at Sheraton Bucharest Hotel. Learn how to get a 10 percent discount upon registration at this link.