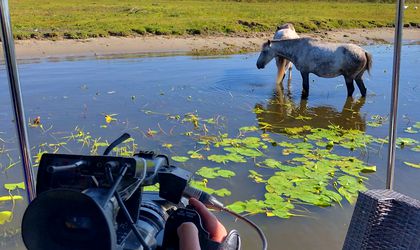 Romanians are the EU citizens who make the highest share of domestic trips, with 94 percent of their travels in 2017 having taken place within their country and only 6 percent taking them abroad, Eurostat data show. Second in the ranking by the share of domestic trips were Spanish citizens (91 percent), followed by the Portuguese (89 percent).

1.3 billion trips made by EU residents

In 2017, EU residents made 1.3 billion trips with overnight stays that amounted to almost 6.4 billion nights. The average trip length was 5.1 nights. Compared with 2016, the number of tourism trips by EU residents increased by 4 percent.

Three quarters (73 percent) of all trips were spent within the country of residence (domestic trips), while one quarter (27 percent) were abroad (outbound trips), of which 21 percent to other EU countries and 6 percent to destinations outside the EU.

Most of the travel by air was for personal reasons (82 percent), while the remaining 18 percent of air trips were for professional purposes.

Almost half of all trips (49 percent) were for holidays and leisure, 35 percent for visits to relatives and friends, 12 percent for business and 4 percent for other reasons.

Over half of all 6.4 billion overnight stays during tourism trips of EU residents in 2017 were spent in rented accommodation (55 percent). Hotels or similar accommodation providing services such as daily cleaning and bed-making came on top with 32 percent, while 6 percent were spent at campsites and the remaining 17 percent in other types of rented accommodation (e.g. rented holiday dwelling, apartment, youth hostel, mountain hut).

Airplanes were the main means of travel for tourists from Malta (63 percent), far ahead of Cyprus (49 percent), Ireland (43 percent) and Luxembourg (42 percent), while in six countries – Romania (3 percent), Bulgaria (5 percent), Czechia (6 percent), Croatia and Slovenia (both 8 percent) the shares for air transport were below 10 percent.

Motor vehicles (private or rented cars) were the main means of transport for more two-thirds of all trips made in twelve countries, with the highest share for the residents of Slovenia (85 percent of trips), Portugal (80 percent), Czechia (79 percent), Spain and Bulgaria (both 77 percent). Cars were used for less  than half of all trips in Luxembourg and Cyprus (both 48 percent) and Ireland (49 percent).

The highest use of trains for tourism trips was observed in France (15 percent) and Germany (14 percent). At the other end of the scale were Greece and Slovenia (both 1 percent), Bulgaria and Croatia (both 2 percent).